The Benefits of Solid-State Drives 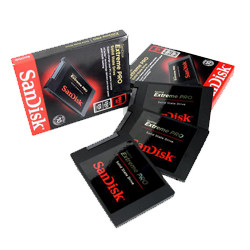 In recent months, the price of SSDs (Solid-State Drives) has decreased markedly, making the technology affordable to all. In light of this, we thought it was the perfect time to expose the benefits of SSDs and how they can enhance and improve your computer.

We probably don’t need to tell you about the dramatic speed increase that solid state drives provide, but until recently there were several drawbacks. As previously mentioned, oftentimes the price of SSD options was prohibitive, considerably more than Hard Disks and offering smaller storage.

However, we are now seeing SSD products which offer much larger storage, comparable to Hard Disk options as companies vie to secure their place in the lucrative SSD market. Furthermore, with the increase in availability (and decreasing cost) of cloud-based storage, Users are realising that their home storage does not necessarily need to be as large as first thought, especially with the option of the masses of storage available online.

In addition, improvements in technology have improved SSD reliability and longevity. With no moving parts, there is improved longevity with no possibility of a catastrophic hard drive crash. Hard drives have delicate moving parts and microscopic mechanical tolerances that can be vulnerable to impact and vibration. SSDs are largely immune to rough treatment.

However, the key selling point of an SSD is the speed increase. Not only should you expect to shave time from your boot-up (previously considered a non-negotiable period of extended down-time), data and imaging programmes run faster, apps will load faster and system maintenance chores take a fraction of the time. When users upgrade to an SSD they universally comment on the huge jump in speed and performance, elimination of lag time, and rejuvenation of their old computers and it is often described as the single best PC performance upgrade.

For anyone suffering with a slow system, endless delays and periods of forced inactivity, now might be the time to give serious consideration to a Solid-State Drive. With competitive prices and storage space to rival Hard Disks, allied to faster speeds, they really are becoming more appealing by the day.