Rensenware | Ransomware with a twist 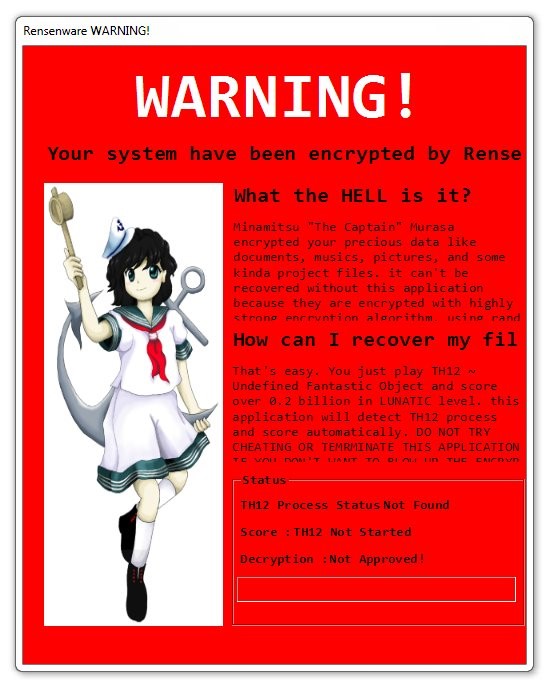 Here at One I.T. Support we always like to stay aware of the viruses floating around the World Wide Web, so when we heard about Ransomware that requires a high score on a game rather than an amount of money we were naturally intrigued.
The virus is a type of Ransomware (A malicious program that encrypts files making them unusable) but with an interesting twist, users with their systems infected by “Rensenware” must get a high score of 200 million in the 2009 PC shooter game Undefined Fantastic Object in Lunatic mode.

The virus was initially created as a joke by a ‘bored’ Korean student and uploaded to a hosting website before he fell asleep, however he was unaware of the damage that the program had caused until he awoke.
As soon as the creator (known as Tvple Eraser on Twitter) realised, he released a tool that unlocked the files for anyone’s PC that had been infected by the original virus. The creator then went on to remove the original Ransomware after deciding “not to distribute it”. Tvple Eraser has also apologised for the software and explained that it was made as a joke.

The fear as always is that the original virus is still out there on the internet and it is entirely possible that someone could edit the code and release a version of this Ransomware that is actually malicious and could cause real damage to any data on PCs that it infects.

To learn how to protect yourself from malicious programs you can read our protecting against cyberecrime blog here .

The full article for this story can be found here.